Design Is How It Works

While studying some of the arcana from the Apple Watch web pages, I found a detail that reminded me of Steve Jobs' oft-quoted but not widely internalized description of how Apple thinks about design:

Most people make the mistake of thinking design is what it looks like. People think it’s this veneer — that the designers are handed this box and told, ‘Make it look good!’ That’s not what we think design is. It’s not just what it looks like and feels like. Design is how it works.

I found this on the Apple Watch Design page:

Two different-sized starting points. ... Both of which can be set up to work on either your left or your right wrist.

Notice that it says “can be set up” to work on either your left or your right wrist[1]. This makes it sound like it will be a Setting in Preferences. Apple would not likely add unnecessary Settings lightly[2], but a little thought reveails at least two good reasons:

In order to get this to work, Apple also had to make the attachment areas for the wrist straps completely symmetrical, allowing the wrist strap to be reversed[3].

I wonder why they do not call this out explicitly in the promotional material (no right-wrist photos), except as a competitive advantage, hiding some of their thought and care from would-be copycats. Compare right-wrist use of the Android-based Moto 360: 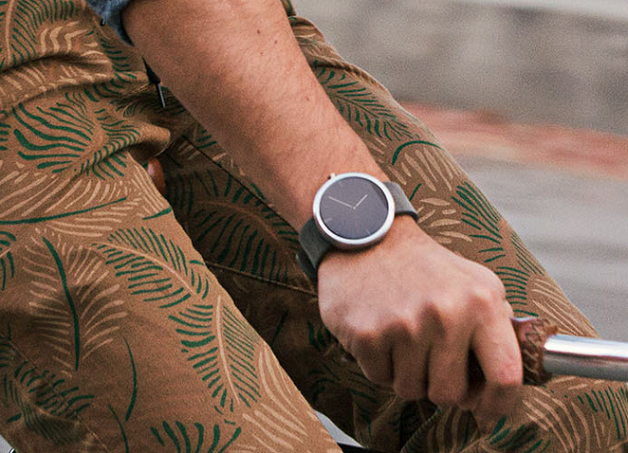 (Image from here.) Not to mention that the little chunk or chord chopped off the circle would change orientation and all of the software layouts would have to account for this. (Of course they don't.)

With this week's profile of Jony Ive from the New Yorker, and some diving around the Apple Watch material, I can't help but get the impression that Apple takes the Watch project a lot more seriously than Motorola, or Google as a whole.